So my very tentative plan was to take two days to fly Woodstock to Falcon Field (FFZ) in Mesa AZ where I have a hangar.  Spend a couple of days hanging out with family, eat some great food, get my hangar inspection done then the morning of the Ercoupe Convention fly in the morning from FFZ to Las Cruces.  That looked to be a very doable plan. So some background.  I haven’t flown a cross country for years and never in Woodstock.  So a lot of refreshing to do.

It is 1400 or so miles from Seattle to Phoenix. Woodstock flies a little over 100 MPH.  Woodstock has 18 gallons of fuel in the wings and 5 gallons in the nose tank.  He burns a little less than 5 GPH.  Dennie, the fellow that  ferried Woodstock to Seattle from Compton said he as flying 4 hour legs.  He also said that the speeds and fuel burn numbers I was using seemed tp be what he experienced.  There are a couple of obvious ways to fly between these two cities.  When Dennie from Woodstock back he opted to fly up central Nevada and Oregon.  The Central Washington and cross the Cascades via I-90.

So I could do something like that.  When we went down to Compton to get Woodstock with me flying and he instructing to finish my BFR we had planned to follow I-5 up California, through Oregon then all the way to Auburn.  We didn’t do that as icing was reported along that route at the California/Oregon border. So he opted to fly the other route alone  and since he might have to climb to cross the mountains it seemed better to fly back lighter.  In the end he said he had Woodstock up to 13,000 ft 🙂

So I fired up a great flight planning tool called Fltplan and entered S50 to FFZ.  That gave me the direct route. Woodstock cannot fly direct!  So lets see what magic I could do to create a route.  So the first thing I realized was this flight had me a little intimidated.  1400 miles (turns out its more like 900 miles), several days.  I find that a lot to ponder all at once. So how do I make it something I could wrap my head around?  Well, break it down. I certainly don’t mind flying Woodstock for an hour.  That means 100 miles or so.  Two hours doesn’t sound much harder.  So lets see if I stop every 200 miles where I might go. Now to consider inland through middle Oregon and Nevada or more coastal.  The obvious I-5 route.  A quick look made it clear both could work.  However the middle of the states route had higher terrain and in some places fewer clear places to land.  So I-5 it was.

Merced (KMCE).  This was about 210 miles or about 2 hours. That seemed like a good full first day.  Merced I believed would have a place I could stay over night and gram a meal.  It seemed lie a big enough town to be able to get a Lyft or a cab from the airport.  It would all look like this: 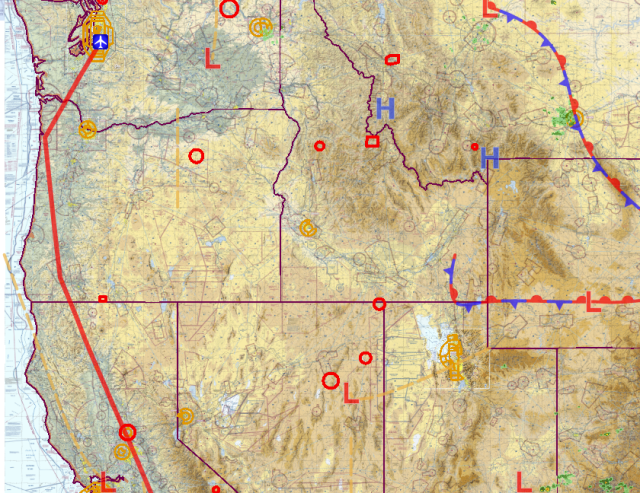 We start first thing in Merced (KMCE).  Top off fuel,check the oil and we are off to Bakersfield (KL45).  This is 139 mile leg and 1 and 1/2 hours.  We actually overfly the airport and head to Mojave (KMHV) another 45 miles.  This bring the first leg to about 2 hours.  We land, top off fuel, stretch our legs and head to Daggett (KDAG).  This is only going to be a NAV point as its only 68 miles.  We then head to Lake Havasu (KHII).  This adds 121 miles and a little more than another hour. This is fun because I flew to this airport on my long cross country when I first got my license. So we stop.  Eat lunch.  Give Woodstock a good once over and its on to Falcon Field (FFZ).  This is another 150 miles or about an hour and a half.  So leg two is about 5 and a half hours and we are tucking my bird into its southern nest in Mesa AZ.  Seems like a plan.  It would have all looked like this:

So would this have been a good plan?  Well it could have been.  Lets look at some of the possible highlights.  The route I chose did have some terrain.  It looks like I might have to be around 10K to get over some of it between Grants Pass and Merced.  Then again there would be some climbing to get over mountains between Bakersfield and Mohave.  Finally there are some airspace concerns to make sure I’m not flying through when there is Air Force activities or rocket launches.  The second leg has me near Edwards AFB.  What might I do to make it easier?  I could head more westerly and go to Crescent City/MC Namara (CEC) then to California Redwood Coast Humboldt CO (ACV) to Donsmore (D63) and then on to Redding.  That would have lower terrain but it is quite a bit out of the way.  Also I could always follow I-5 and I think the highest is only 4100.  So I think my route would have worked.  There could have been some interesting conversations around Edwards AFB but the worst case I would have to had to go a little south to Lancaster/Riverside (RC0).

So it would be FFZ to KLRU LAS CRUCES via Coolidge where there were other Ercoupe owners would have been 180 miles or less than two hours.  Easy Peasy.

Well, something did happen.  I did get to the convention.  All the planning was a lot of fun.  In fact I get excited looking back on the plan.  Who knows what that adventure would have been like.  But Mother Nature had some other plans.  I’ll share what happened next entry but here is a hint. 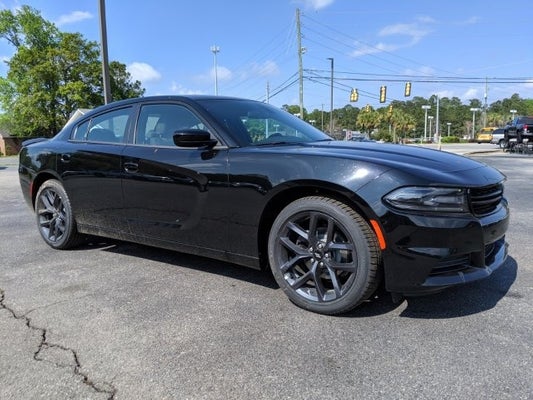 This entry was posted in Aviation, Creativity, Entertainment, flying. Bookmark the permalink.